According to the British Retail Consortium, the HGV driver shortage is reported to have increased over the last five years from 45,000 in 2016 to 76,000 today. Faced with the critical shortage of HGV drivers and lack of test appointments being identified as a key issue, the Department for Transport (DfT) had little choice but to review the current HGV licencing regime and find ways to make more driving tests available.

That recently led to the announcement by the Government that they are to make 50,000 more HGV driving tests available across England, Wales and Scotland through a two-pronged strategy of streamlining HGV testing and ending car trailer testing:

Streamlining around 20,000 more HGV driving tests every year, means drivers can gain their licence and enter the industry more quickly. Key areas for change, leading to the freeing-up of HGV test places are two-fold.

Learning and testing in an articulated vehicle or rigid plus trailer:

Tests for car drivers wishing to tow a trailer came to an end on the 20th September 2021 and it’s estimated that ending trailer testing should allow examiners to conduct around 30,000 more HGV tests.

Safety concerns have been voiced over the perceived relaxation, particularly by vulnerable road user groups. Comfort should be taken from the fact that the DfT are unlikely to have made these changes lightly. Talk of a package of safety mitigation measures will provide some further reassurance.

It’s easy to get hung up on the nuances of the testing regime when in practice, passing an HGV driving test is only the first step towards becoming an experienced HGV driver. Insurers are unlikely to penalise drivers simply because of changes to the testing regime. What is unlikely to change very much is their attitude towards young and inexperienced drivers. A majority of HGV insurers, particularly those covering haulage fleets, have traditionally been reluctant to cover drivers under 25 and / or with less than two years’ relevant experience. ‘Time in the saddle’ will continue to be more important to an underwriter than the testing regime.

As a gesture to road transport operators in these challenging times, some insurers may be prepared to relax their requirement for two years’ relevant experience to a limited extent. What this means though is that it’s likely to be a significant period of time before the impact of the HGV test regime changes leads to an overall easing of the driver shortage.

Household names, such as the major supermarkets running very sizeable distribution fleets, may be the first to realise the benefits. They, from an insurance perspective (rather than the smaller haulage operators), traditionally found it easier to accommodate young and less experienced HGV drivers. In part, this is due to what are likely to be ‘non-conventional’ insurance programmes.

In due course, those newly qualified HGV drivers will, after a couple of years’ experience with a substantial distribution fleet, be better placed to move perhaps to a more local haulage company whose fleet is insured with a company that’s only willing to insure experienced drivers. So perhaps there is some light at the end of the tunnel for the mega-fleet operators, but there’s probably still a long wait ahead before most haulage companies enjoy an easing of the driver shortage.

To discuss your motor fleet insurance needs, contact the Chartered brokers at Hine on 01614380000.

Hi there! I'm Paul, I'm the principal of Hine Insurance and a Chartered Insurance Broker with over 30 years insurance experience. 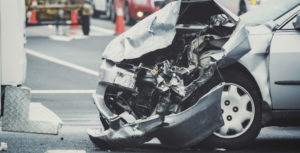 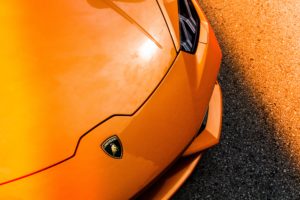 Maintaining the value of your supercar