A cultural icon of France and, perhaps surprisingly, visited by more tourists than the Eiffel Tower, the Notre-Dame cathedral is a place of spiritual well-being as much as it is of Catholicism.

Due to the brave and quick-witted actions of firefighters, the structure has fortunately been saved, and a restoration project has been assured by French President Emmanuel Macron.

Like all religious buildings erected before 1905, the state of France owns the building and as such, acts as its own insurer. In effect, Notre-Dame is not insured.

The contents of Notre-Dame, art, artefacts, and relics, are insured under each owner’s policy, or else are the responsibility of the archdioceses of Paris.

AXA Art confirmed it was ‘involved in the insurance of certain artefacts and ceremonial objects in the Notre-Dame.”

The French insurer also confirmed that it provided liability insurance for two of the contracting firms working on Notre-Dame at the time of the blaze.

Remy Heitz, a Paris public prosecutor, said they were still working on the theory that the blaze was an accident.

Who will pay for the restoration?

If responsibility for the fire is not deemed to be due to one of the firms working on the cathedral, the state of France must pay for the restoration.

If this is the case, the $1 billion currently pledged could be a great start to its restoration. Donations poured in almost immediately after news broke out, from corporations and individuals including oil company, Total, and billionaire fashion mogul, François-Henri Pinault. European governments have also stressed the importance of working together to help with the costs.

If, however, one of the firms are found liable for the fire – whether it was an accident or not – then AXA will be liable up to the amount taken out on the policy. AXA are yet to confirm how much this would be.

How much will the restoration cost?

Wild figures have been reported for the full restoration of the Notre-Dame cathedral, with Reuters suggesting it could cost as much as €7 billion.

One of the key reasons for this is due to the materials used. The roof and spire – which were tragically incinerated – were made of ancient oak. Dr. Emily Guerry, Senior Lecturer in Mediaeval European History at the University of Kent, told CBS News that there were around 13,000 beams that were destroyed, equating to around 3,000 trees. Finding this volume of oak trees in the next two decades is “going to be tricky”, Guerry said.

The incident has left experts predicting a restoration time of roughly 40 years. However, Macron vowed to rebuild Notre-Dame within just five years. The French government now invites the world’s leading architects to design the new spire.

Every historical building is crucial not just in what it does but also what it symbolises, too. Whilst our team can’t arrange insurance for something as grand as the Notre-Dame, we do have access to leading insurers who can arrange buildings and/or contents cover for churches and listed buildings as well as liability insurance for contractors and tradesmen working on them. Find out more by giving us a call on 0161 438 0000. 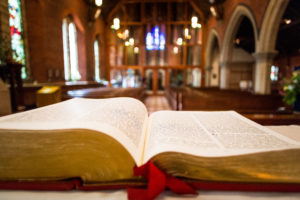 The meaning behind Shrove Tuesday 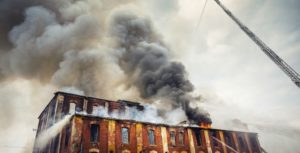